2016 marked the 75th Anniversary of St. Matthew Lutheran Church. In 1917, Pastor Jacobson of Stockton and Pastor Jacobs of Valley Home traveled to the Mother Lode lumber and mining community of Tuolumne City to canvass the area and were guests at the famous Turnback Creek Inn. They canvassed the area to determine the viability of a new mission in this area, which ultimately resulted in St. Matthew Lutheran Church. Beginning in 1929, Lutheran services were held by guest preachers in various borrowed churches in Sonora.

A meeting to organize and begin St. Matthew Evangelical Lutheran Church was held on May 25, 1941 and a voting membership was formed. Charter members of this fledgling congregation included Mr. and Mrs. John Wolff, Mr. and Mrs. Wildor Jones, Albert Eckstein, Alver Hillberg, Hugo Poch, Edward Pfeiffer, Arthur Stevahn and Mrs. Albert Gimbel, Roger Spilde, Hershel Keiser, Walter Jacobs, Ernest Muller and Donald Pfeiffer. In a congregational meeting held on July 20, 1941, the constitution and by-laws were approved. Services were held, in various locations, on Sunday evenings. Sunday school was held in an old rickety schoolhouse in Shaw’s Flat. The building was donated to the church and heated by an old, rickety potbelly stove. During World War II, services were held only once or twice a month.

In 1950, the church bought St. Michael’s Episcopal Church in Tuolumne City for $3,500. That year Sunday school was begun in the Aronos Club of Sonora and additional Sunday services were also held at the club. Lois Courtney, who spoke at the 50th Anniversary Celebration, remembered there were “faith inspiring sermons, fun programs, and warm fellowship” when the church met in the Growing and Building. 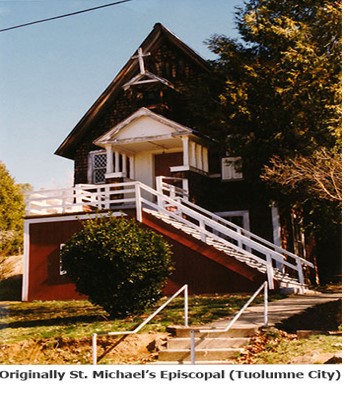 In 1952, the church bought .9 of an acre of land in Sonora for $8,200. $400 of the cost came from the sale of the Shaws Flat property (left), which became a bit famous as it was used as a filming site for "The Little House on the Prairie.” Soon a new church was built on Jackson and Solinsky Streets in downtown Sonora. The church was designed by Roy Lane of Columbia and built by Harold Peterson with much volunteer labor andmaterials. The church still stands today and is currently the New Life Bible Church. A parsonage was constructed from a prefab house.

The house was dismantled and moved from Vallejo to the building site. The parsonage was funded with a $10,000 loan from the Church Extension Fund. Soon services were discontinued in Tuolumne City for lack of interest and, in 1956, services were also started in the Moccasin Clubhouse. The Tuolumne property was sold, and the proceeds were applied to the loan. 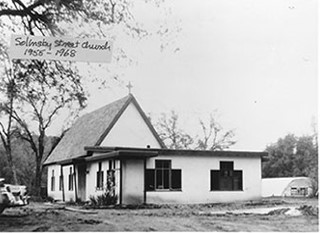 In 1968, word was received that the Seventh Day Adventist Church wanted to sell their property on Hope Lane in downtown Sonora and build a new facility next to Sonora Community Hospital. The Mormon Church had already applied for the property. St. Matthew Church was second in line. The price was set at a firm $55,000. Fortunately for church, the Mormon headquarters in Salt Lake City vetoed the purchase and St. Matthew Church was afforded the chance to purchase the property. A new parsonage was also constructed adjacent to the church by Gil Kunz, who was assisted by volunteers.

These were ecumenical years in Sonora. Even after the property at Hope Lane was purchased, the Seventh Day Adventist Church continued to hold services in the building on Saturdays and the Mormon Church held services on Sunday afternoon and during the week. This 1.26-acre site with a church and parish hall served the congregation well for 25 years. The Baptist Church began to use the Solinsky St. property and eventually bought it for $30,000.

In 1982, St. Matthew Church was thankful to pay offthe church and held a mortgageburning service. The officers were Tom Lewis, Al Schlenke, Harry Schimke and Grant Gulseth. In 1984, a new organ was purchased, and a concert was provided by Rev. Brother Clyde T. Shaw. The organ was a Rodgers-Glasgow 740 with antiphonal speakers, and it was paid for when installed.

As the 21st century began, it was apparent the Hope Lane Church was inadequate. In early 1996, work began to identify, and hopefully purchase, a piece of property suitable for expansion of the church. The focus was on property that would be located more “mid-county” to accommodate the members who attended from all over Tuolumne County and still be accessible to those from Calaveras County. Soon 5.21 acres in Lambert Lake Estates was purchased for $150,000. A generous interest-free loan for the purchase was provided by a church member and was paid back as construction began. Architect Jack Ross, of NAI Associates of Scotts Valley California, was hired to develop a site plan. Boyce Construction was hired after the loan on the property was paid off. Fund raising was conducted and a brochure was created with the slogan “New Hearts, New Heights." 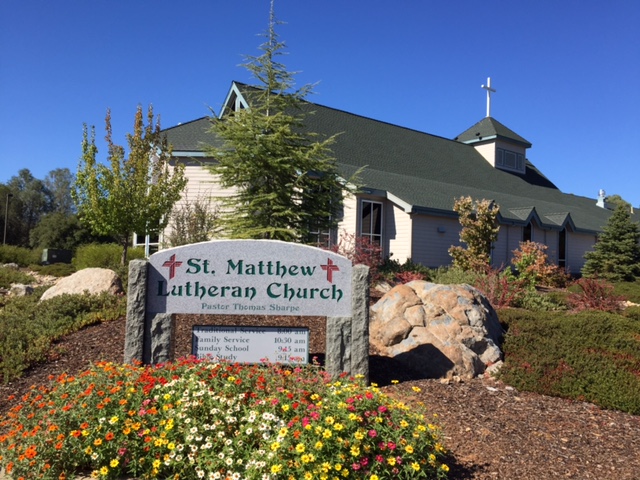 The groundbreaking ceremony was held August 9, 2002 and the new 10,000 square foot church was scheduled to be finished by the summer of 2003. The new larger church, now valued at $2,770,000, was a combined effort of many church members who shared their expertise and contributed not only their money, but their time. The Men’s Breakfast Group, according to Bob Anderson, met every Saturday and “cleaned up” the building site so workers could start again on Monday morning. While many volunteered their time and expertise, Glenn De la Motte, John Dickerson, and Glen Peterson shared their construction skills for 8 hours a day, every day, for a year.

Since the initial build, improvements to the church have been made. An addition was constructed in 2011 that expanded meeting rooms. Between 2005-2014, stained glass windows were added above the altar, along the side walls and in the narthex. A new organ, among the nicest in the county, is an Allen Bravura with 29 stops and two manuals. On April 17, 2016 Mr. Stacy Piontek, Director of Music at Trinity Lutheran Church in Pleasanton CA, provided a concert to introduce the capabilities of the organ. The congregation continues to be thankful for the many facility blessings enjoyed over the years. 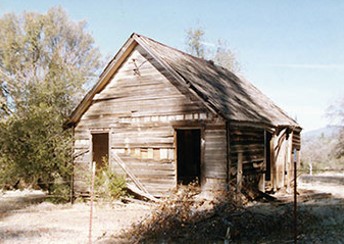